The Kindness of Strangers


Yesterday after my physio appointment I had a kind conversation while paying for my groceries. The lady cashier had pale blue tattoo on her left inside forearm and I asked her about it. She designed the tattoo from the card her parents received from her Mom's mother - a  62 year old vintage wedding card, she added her parent's (in their handwriting) names on the bells , it was unique and lovely. She designed it for her parent's 62nd Anniversary. She told me about their families, the great numbers of sisters and brothers her parent's had, the celebrations, the way she misses her favorite aunt - so much love compacted into a short time.


Then, walking from putting my shopping cart away, a lady stranger asked if she could give me a bouquet. I was extremely touched and thanked her for her kindness and she continued walking away.

Kindness when I needed kindness. 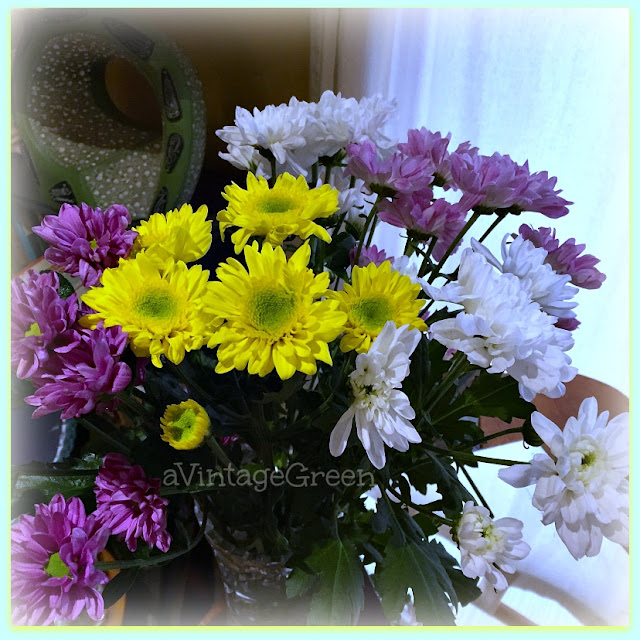 The past 13 days have been tough, not in the seriously hurt, ill or anything, just tough.

A car ran a red light a week ago Monday on the long weekend and totaled my car. I was 5 minutes from my home. No fault for me on any of the documents that were presented to the Adjuster.


Life changes when an accident happens.

Kind strangers stayed with me from the moment my car stopped moving, helped me out my car (one held my head in an upright position with no head movement allowed (and kept me that way until the ambulance paramedic helped me into the ambulance) while two other kind persons supported my arms and all three walked me into a bike store where the employees got me a bench to sit on and I was lowered by the kind strangers and sat).

Those same three kind strangers plus two others who saw the accident stayed, making sure that everything was documented properly, that the police interview had answers from me, they made sure my wallet and driver's license were replaced in my pocket, used my phone to contact my DH then returned it to my pocket.

Once I had my glasses I was able look directly at (and see) each professional who was asking me questions and recording my answers.

The ambulance crew were very professional, very patient, did the tests they are trained to do, kept notes on my answers, kept a close watch until they handed me over to the Emergency staff.

A blur of red - a blur and a such a loud and resounding metallic body slam feeling and the air bag whomp in the face and falling white dust. My glasses flew.
I didn't move, I didn't even turn off the car. I wondered in a somewhat dreamy way what a person should do now.

I looked forward and saw smoke and still didn't move until the kindness of strangers helped me.

I felt somewhat disconnected, upright, breathing, answering and waiting for whatever would come next.

Fire Engines and crew did spill clean up on the highway. Police. Ambulance. Highway closure.

Sequence of what happened next.

Yes, I went to emergency, DH came to the accident site after he received the call, then followed me to the hospital. He stayed for awhile until I my foggy brain realized he was sitting waiting out in the waiting room after he registered me (he had my phone and wallet then) and I guessed I would be in several hours so I peeked out the door and had a hug and told him I would phone when it was time to come home.

I had been examined three times, questions were repeated, x-rays were taken, results were shared with me, a handout on what to do if... was given and I phoned and we went home. I was grateful for the care.

I walked a total of 10,060 steps that Monday, mostly in the hospital - just up and down the waiting and assistance area as the staff wants to SEE their patients.

Home. Felt vague, sore chest and shoulder and neck and back and hips. Took Advil, had supper that family saved me, slept somewhat, thoughts going everywhere.

I have never had a vehicle accident, never been in one. Not the life experience I would want anyone to have.

Doctor visit, physio started, contact with Adjustor many times, a caring and professional guide through this time which I followed. I have kept notes on all directions and what I did since the accident.

Turning my keys over Tuesday this week.

Tuesday this week DS drove to my totaled car. It had been moved to a Wrecking Yard 45 minutes away from where I live. Took me about an hour to remove my possessions, slow mo. I took pictures since I was saying goodbye to a good reliable car that I will miss. The front end appeared to be the only damage. No glass was broken. Stuff under the hood didn't look too bad either but I am not a mechanic so ... 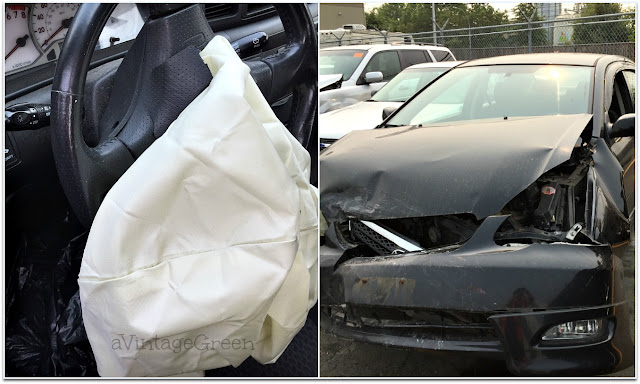 Find another car (was not in my budget plans).

I have spent hours looking. I know the models I will consider, the mileage that matches the norm for the year I end up with, the certified no accident form, Consumer Guide research on each one I consider, test drive.

What an unexpected way to have time and energy gobbled up. I am also using up my Family's time driving me to everything as well as not getting things done that are my normal jobs at home. A dear friend has come over most mornings this week to help me with my work plus some driving to appointments.

The amount of stuff I had in my trunk was amazing. So was DGS who hauled it out of DS's truck and up the stairs into the kitchen. 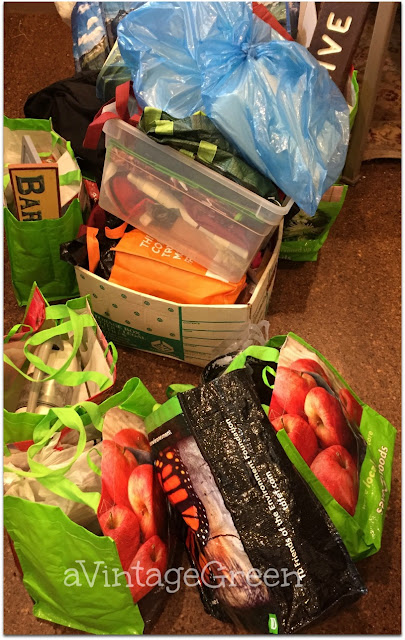 I keep quite a bit of work stuff in my trunk so some sorting, re-purposing and etc. is happening.

That is where I am today. Going through each bag, making decisions and carrying on.

Hugs to YOU my friends.

I am grateful for the kindness of strangers.


Posted by Joy@aVintageGreen at 7:00 AM

Email ThisBlogThis!Share to TwitterShare to FacebookShare to Pinterest
Labels: the kindness of strangers