I love making stencils and have been using scrapbook paper and card stock (good weight) to make my stencils - problem is you can't see 'through' the paper. 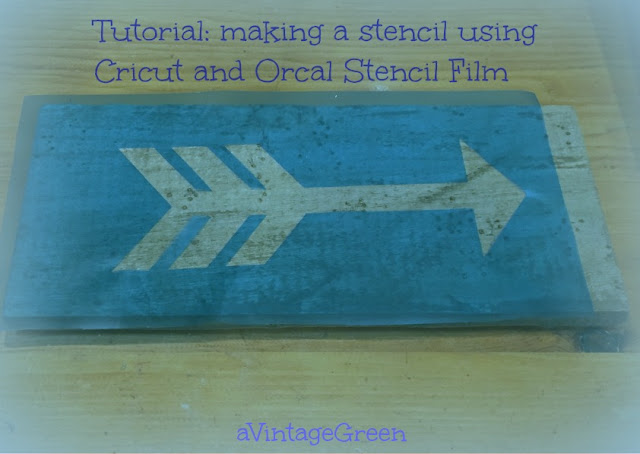 Still make stencils with paper, it works for making signs. I use a Cricut Explore Air 2 for cutting the stencils.


Love it when fellow bloggers find something great and SHARES. 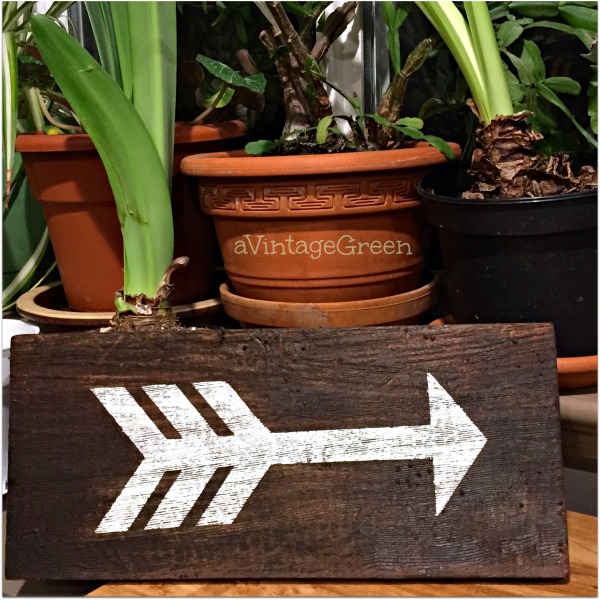 This arrow sign has been sealed with hemp oil.


Erin on Printable Crush wrote the following: Tutorial: Hand Lettered Wood Sign. She used a Cricut to cut the vinyl. Just before December disappeared I ordered 40 feet of Orcal Stencil Film and picked it up early January. It is a blue semi-transparent film. It is now February and I am ready to try it out.


I have tried every piece of thin sheet plastic I could find trying to make a clear stencil on my Cricut but although it may cut through somewhat it hasn't cut all the way through. I bought sharper longer cutters - and then I could NOT get them to mount. (yes, a problem I am dealing with and etc.)

This is my first Tutorial on using this Orcal Stencil Film to make a stencil using a Cricut - we will see how it goes AFTER I learn how.

On computer - I opened the Cricut software and chose my first project - an arrow (for simplicity).


Cut a piece of Orcal Stencil Film to size (12 x12 inches) and placed it on the green standard matt (which is very slightly sticky), rubbed gently all over with the Cricut scraper to hold it in place (do NOT rub hard, the backing paper will stick to the green matt and may tear when you try to remove it). 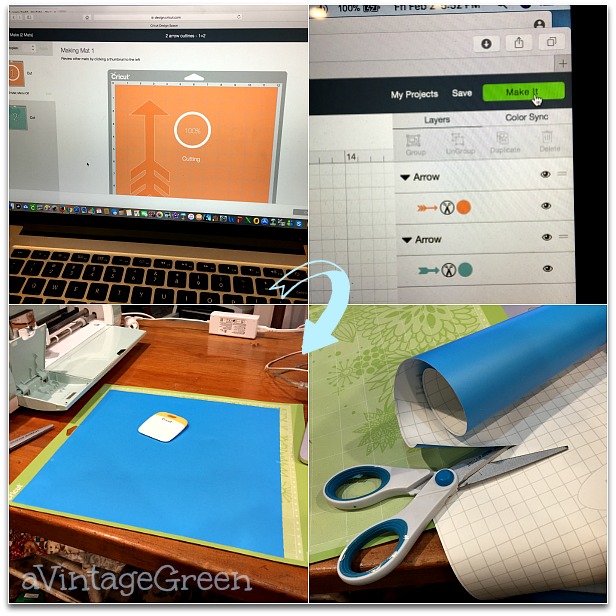 When the cutting was finished and the matt was ejected I gently removed the paper backed Orcal Stencil Film on its backing from the green matt using a Cricut spatula and then carefully removed the backing (slowly so I didn't tear the film). Placed blue film on my cedar board and rather gently using the Cricut scraper as well as my fingers to press the sticky back vinyl arrow stencil to the wood.


I will admit this was a bit thrilling, so close to the next step of adding paint. 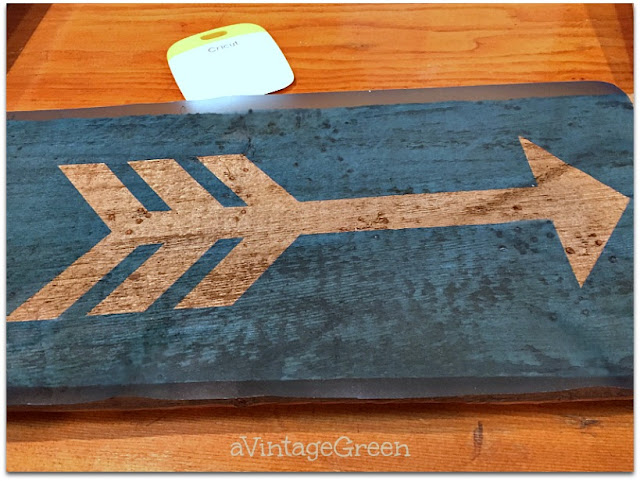 Used CeCe Caldwell's Vintage White and a Martha Stewart foam pouncer to add stencil to an old cedar board. 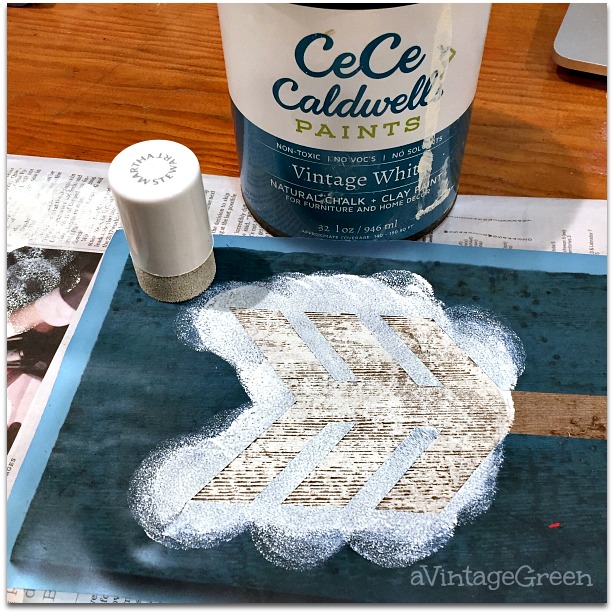 The film sticking to the board made it much easier to avoid edge blurring. 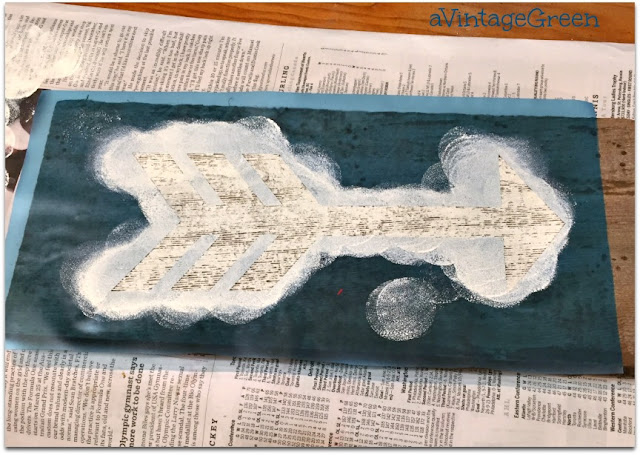 Here is the finished arrow on the cedar board, no wax or finish. 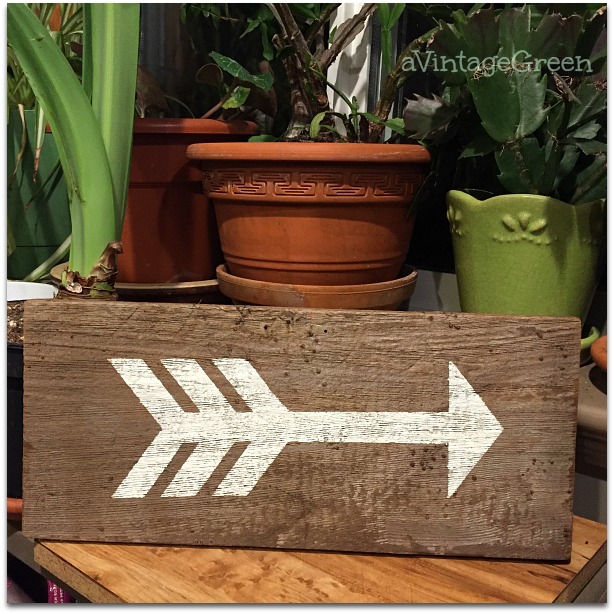 This is my FIRST stencil made with the Orcal Stencil Film.

Top picture (below) is the inside of the arrow (still on the backing of the Stencil Film), middle is the stencil I used (now on a piece of wax paper) and the painted sign is on a rough piece of cedar. 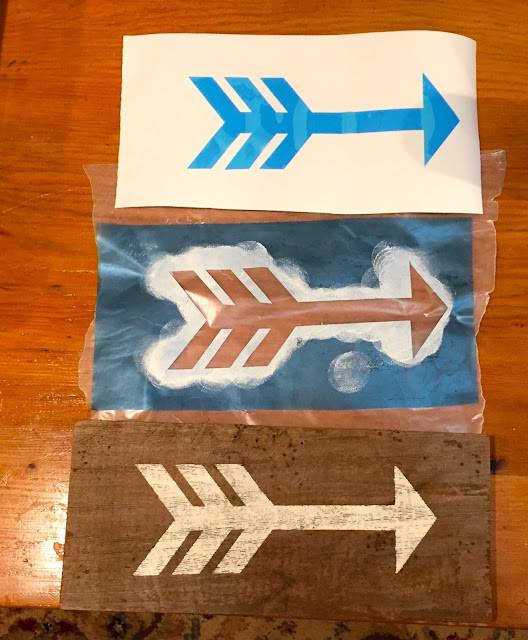 It worked. Yes I have more to learn but I am thrilled that I could make a stencil that was transparent, reusable and was cut on the Cricut Explore Air 2.

January 2017 I wrote about my first tries at making a stencil on my then new Christmas present Cricut. 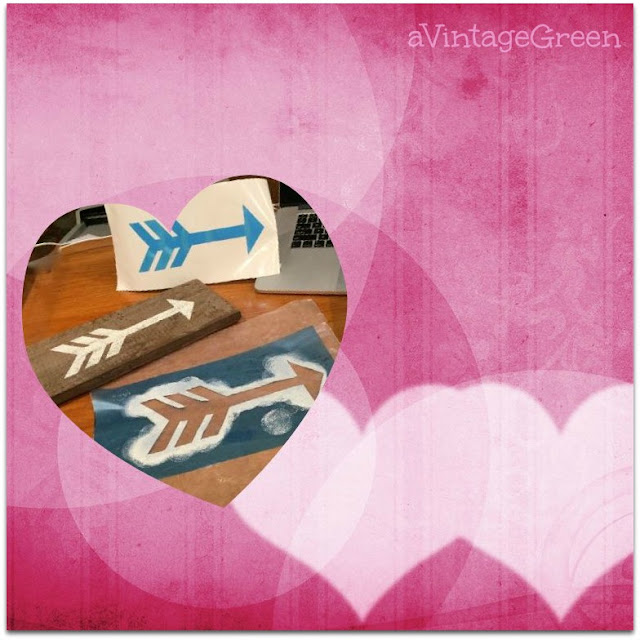 I have so MANY ideas about the signs I want to make this year.

This board has become a 2 sided sign. Originally it had a routed word LIVE and 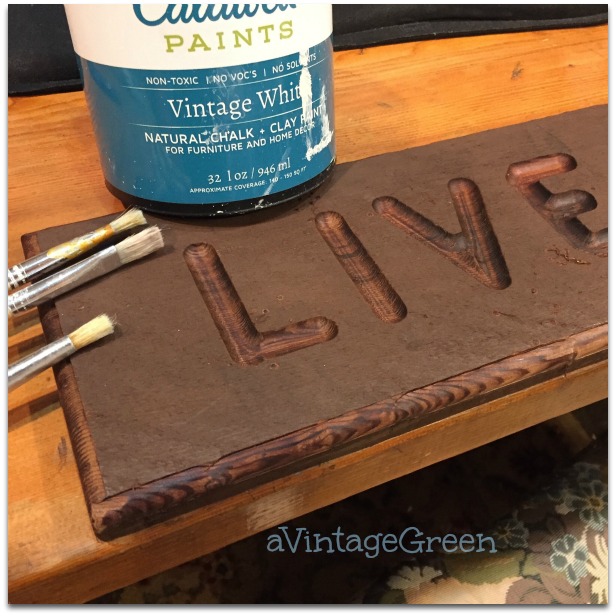 now it has a painted LIVE on one side and an ARROW on the other. 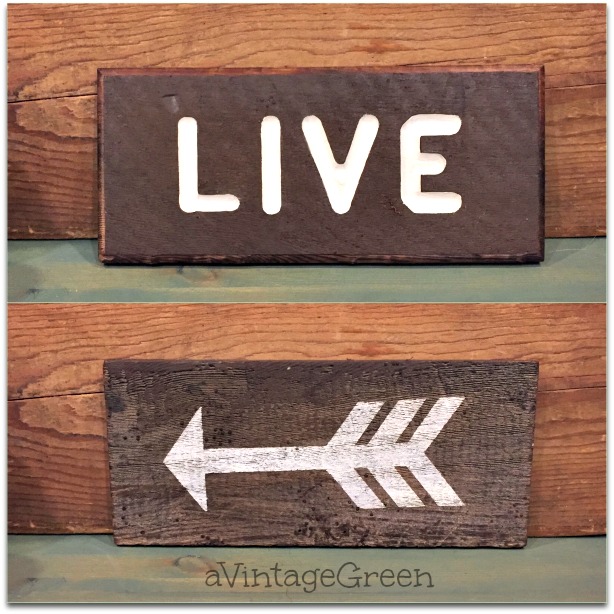 I wrote this post for sharing what I learned and without any commercial input regarding any products I used.


Thanks for visiting today.

Featured by:
Andrea of The Cottage Market Feb 16/18
Andrea of Scraptality Feb 17/18

Thursday
Have a Daily Cup of Mrs. Olson,  My Thrift Store Addiction,  Sincerely Paula,  Try It Like It,  Katherine's Corner,   My Love To Create, Crafts a la Mode,

Monday
Dwellings The Heart Of Your Home,  Coastal Charm,  Normandy Life,  Grandma's Briefs,  Between Naps on the Porch,  Home Stories A to Z,  Flour Me With Love,  Cedar Hill Farmhouse,