Stenciling Caddy on a Wooden Caddy

The wooden caddy has been languishing in the shed for a few years and I brought it inside along with several other re-finds. I picked up a new ABC stencil last week and ... the CADDY had a name and a purpose. After finishing the stencil I picked some pretties from the welsh dresser, starting with the dried hydrangea and the little birds. 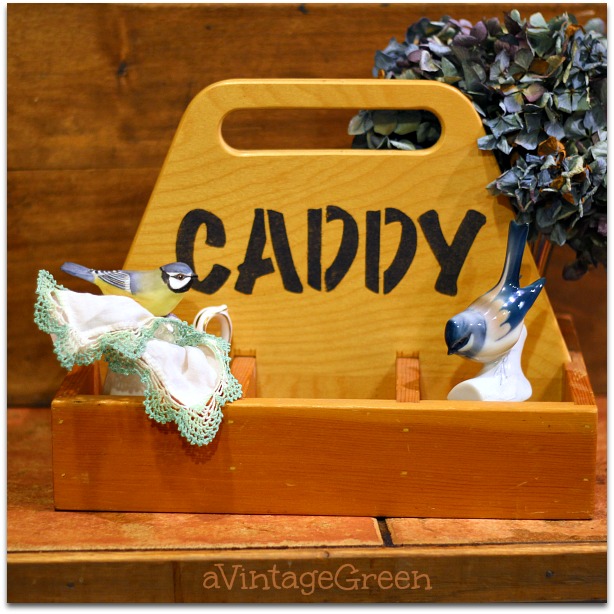 The supplies and the wood are in the photo below. I taped the 'bottom line' for the stencil first, cut out my white cardboard (around the end letters, rectangle shape) and measured the beginning/end placement of the letters. This is the second time I pre-planned my lettering on paper before stencilling. Works well for me. 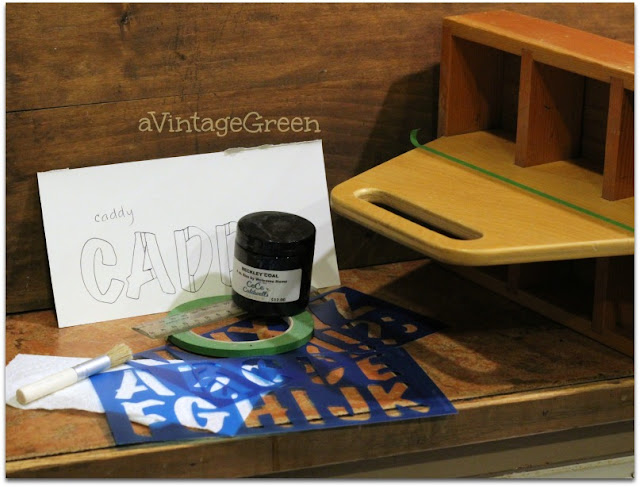 This was my first try using a letter stencil in a tight space that caused the stencil to curl. The first try with the C was smudgy so I quickly washed it off, dried (and learned that black paint sinks in to wood even though it was cleaned off). 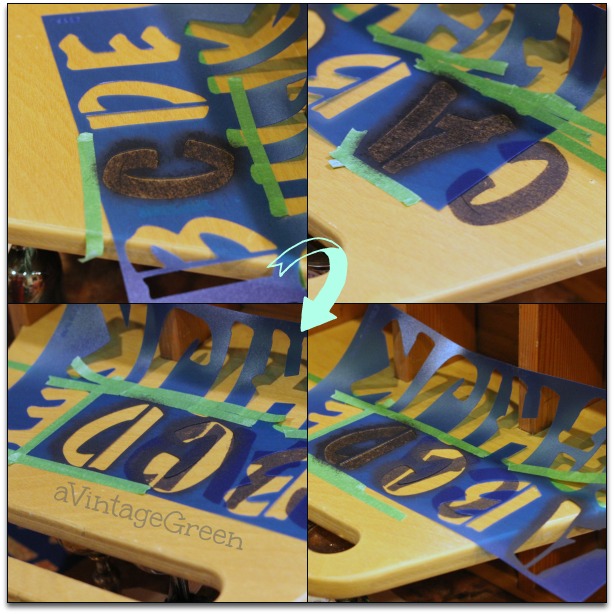 I also quickly learned that I had to tape the stencil in place, plus add a piece of tape to keep the paint off the wood (ie: see letter D) and that I had to keep my fingers (in this case my right hand fingers since I am left handed) pressed on the edges of the letter being stencilled or there would be bleed-under.

I stencilled one letter, removed the stencil, waited several minutes, taped the next letter in place, stencilled again etc. until finished. Waxed the next day.

Multiple uses for a small caddy, this was quite a bit of silly fun, using what was in sight and handy. 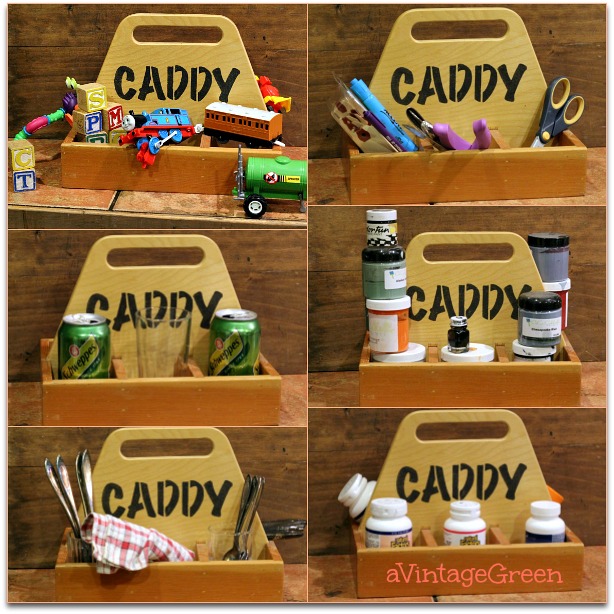 March was a good month for exploring and making new signs, you can see those posts at Fresh Eggs, Happy Easter, Spring.

Featured by:
Cecilia at My Thrift Store Addition

Thursday
Rooted in Thyme, My Thrift Store Addiction, At Home With Jemma, Lavender Lane, The Charm of Home,

Saturday
Life On Lakeshore Drive, Across The Blvd,

Email ThisBlogThis!Share to TwitterShare to FacebookShare to Pinterest
Labels: Stencling Caddy on a Wooden Caddy