Had a mini-holiday visit with my dear sister Gail who blogs at This Green Life. She has a Silhouette Cameo, something I have been wanting to try for making  word stencils.

We went thrifting for a few hours and Gail picked up a green tin plant holder. What could be better to use after making a stencil.

Below is the finished stenciled, enriched with herbs and lavender from Gail's garden, plant holder, the background is Gail's front entry. 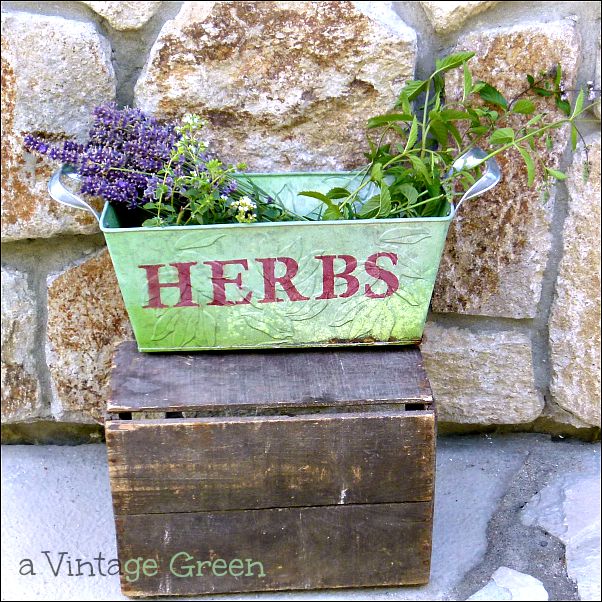 We played around and learned how to MAKE a stencil using the Cameo Silhouette. The Cameo is a very neat printer. The software that comes with the printer feels a bit like using MS Word. The 'art' symbols are like most drawing/art software.

Several wonderful, sometimes frustrating problem solving hours later including some serious frustration because the vinyl would NOT cut the stencil (and it HAD cut vinyl - I saw the stencil Gail made some time ago),  the basics of using a Cameo and its software were mostly figured out.

Learned that the 'eraser' cuts needed for the stencil cut-printing NEED to be perpendicular and in line with each cut into any one letter. Think of the stencils you might have used in art class in high school (if you remember we may be close in age). Learned about join lines, sizing, spacing letters, font choice. Cut-printed just fine on card stock. 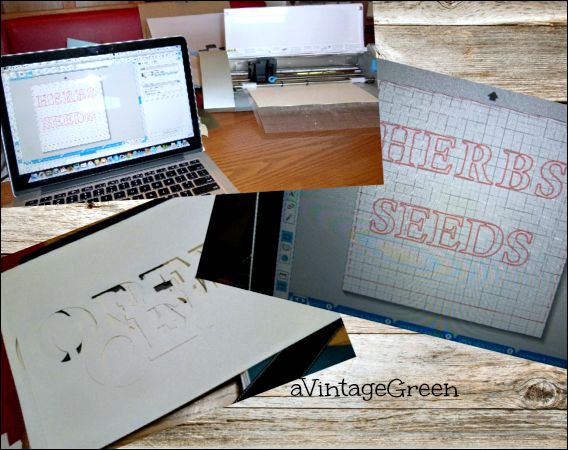 Gail and I followed the usual 'adding a stenciled word to an object' sequence to test the stencil. 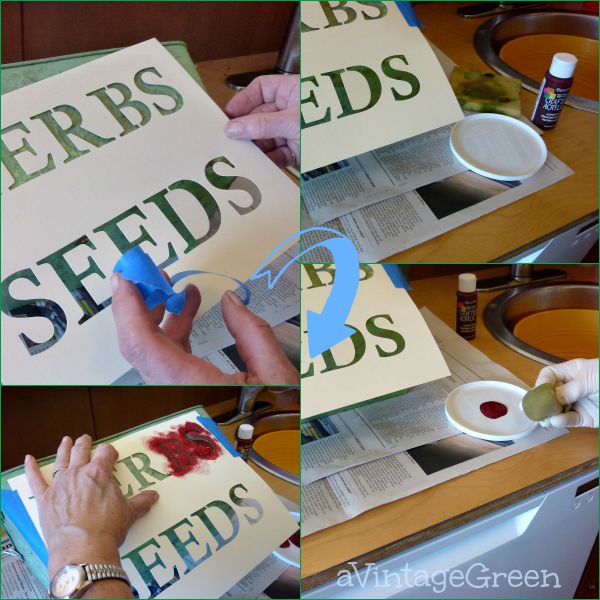 If the sponge/brush is too damp the paint will run under the stenciled letter edges. Any runs can be cleaned up (if using a water based paint) with any of the following: a q-tip, a dampened small pointed paint brush, a bit of water dampened rag, a steady hand and a LOT of careful patience.

One side of the plant holder has HERBS and the other SEEDS.

I used up quite a bit of Gail's card stock trying out other sizes, words, eraser lines and a few stock shapes.

Thursday
A Delightsome Life, The Charm of Home, Nancherrow, A Glimpse Inside, Common Ground

Saturday
Share It One More Time Events, House of Hipsters,

Sunday
Thoughts From Alice, Dwellings The Heart Of Your Home, Creating My Way To Success

Thursday
Have A Daily Cup Of Mrs. Olson, Saving 4 Six