There has been a LOT of fixing things/painting here recently. The buffet now has wheels, the drawers have new 'stops', it has been given another coat of CeCe Simply White Chalk-Clay paint and CeCe Endurance finish (6 coats on top, 2 on rest of buffet).

Although the back piece is not attached, this heavy Oak buffet is revived and finished. 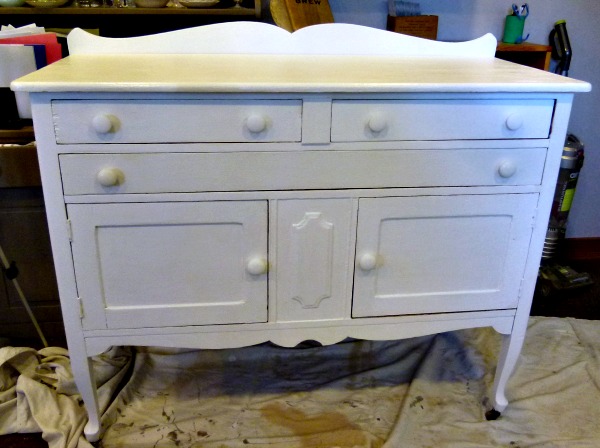 I originally wrote about this oak buffet here (October 4, 2012). At that time I thought the buffet was finished.

Below is the 'before' after reassembling the pieces of the buffet when we first picked it up. 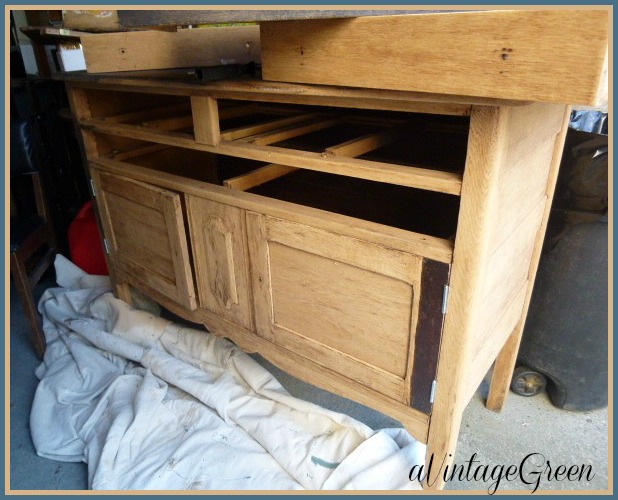 The finished buffet looked great after we repaired and painted it and if it had found it a home then it would have been fine. It had taken a great amount of work to get to that point. 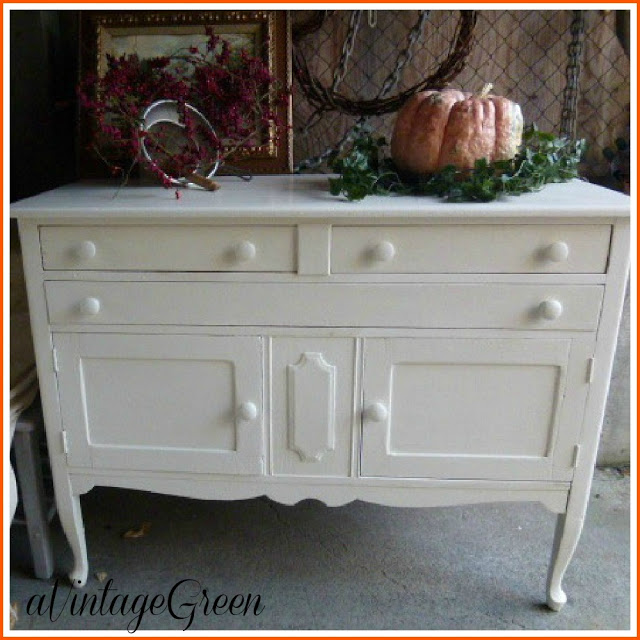 Leaving it in the carport, truck tires leaning against the front and leaving black marks and having 'stuff' piled on top and then later moving it into DGS's bedroom and piling it high with 'more stuff' as well as 'stuffing' the drawers and cupboard and ignoring it for a few years didn't make it look any better.

It had waited long enough, DGS needed his space back.

I dragged and pushed this very heavy and hard to move buffet (on towels) to the basement door (after clearing a path), wrangled it onto a trolley and hauled it up the front steps and (on towels) dragged/pushed it into the kitchen. This caused several problems to the structure as you can imagine and DH had to glue, clamp, tighten some more, fix some cracks and beef up the magnetic door closers. You will have to imagine since I wasn't planning to write about this re-do project.

I scraped paint (from October 2012) off the top of the doors and gave them a Hemp Oil rub. I have learned quite a bit about painting since and certainly made myself a lot of extra work updating the buffet. 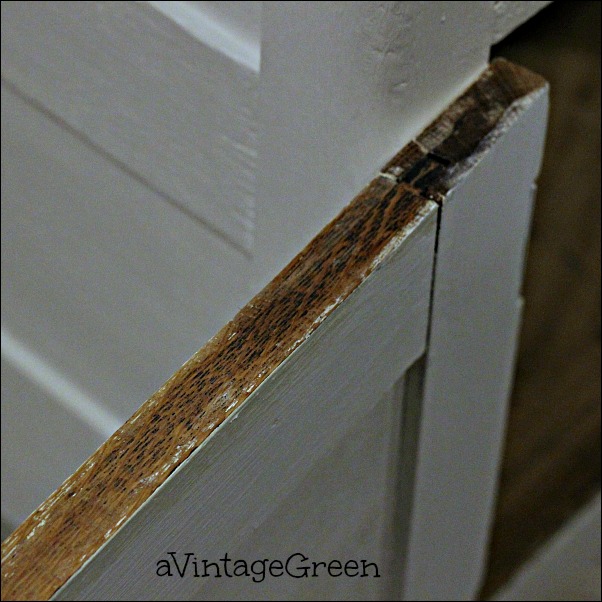 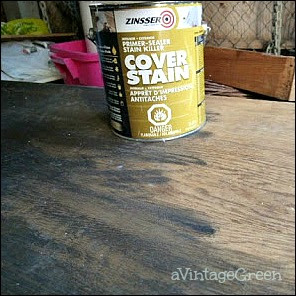 If I was starting fresh I would have left as much of the 'good bits' of the oak showing as possible.

The top (left) was in bad shape when we got the buffet and could not be left it in its natural state and I know that lead to my original decision to paint everything white.

I think the piece had been dip striped and stain had been partially applied.

We had a curved piece of mahogany and DH shaped the ends to fit the back of the buffet. I painted it twice and added a coat of CeCe Endurance. DH had to figure our the 'how to attach' part. My job was to find things and hold pieces in place and clean up. 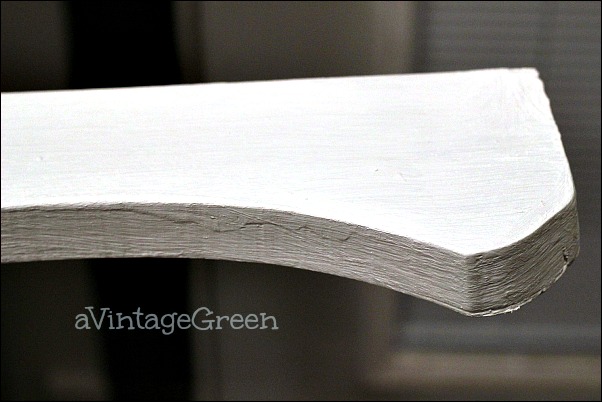 After the 2nd round of repairs and additions plus another coat of CeCe Simply White and the coats of CeCe Endurance I think the job is finished.

The buffet has been in the kitchen for three months and I am going to miss the extra surface when it moves on. It has been so useful as a base for taking closeups when using my portable light box on its white top. 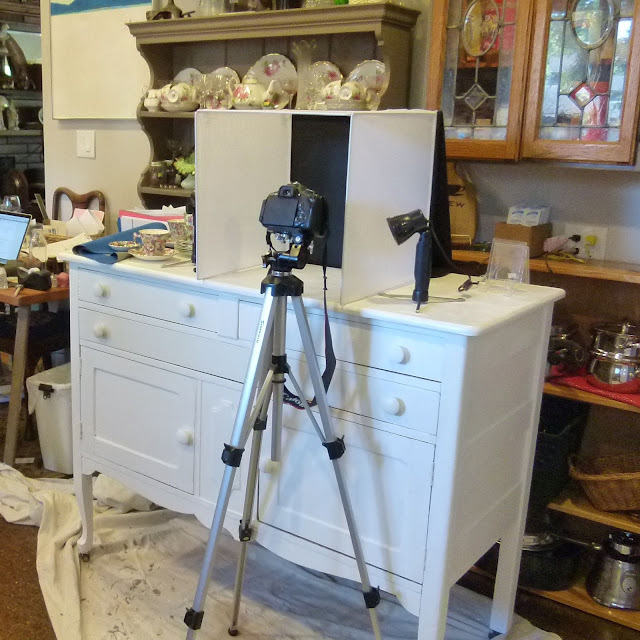 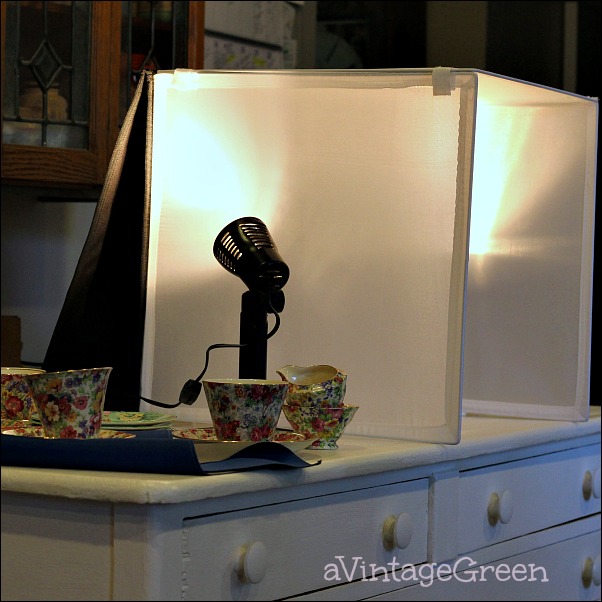 It was a good day to wash and take photos of a few pieces of my Chintz collection. I love the 'shaped flowers' on the lower teacup handles. Lower two cups and saucers are James Kent Chintz, bottom is Apple Blossoms, middle is Du Barry and top is Lord Nelson Marina. 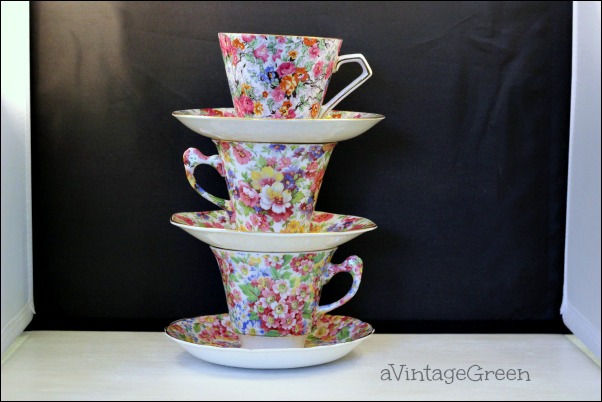 Soon I will have to come up with another lightbox station with a handy plug in for the lights and a sturdy base. What I won't miss is having a big piece of furniture block the the regular working area of my not so very big kitchen.

Sunday
Thoughts From Alice,  House of Hipsters,
Natasha in Oz,  Love of Home