Grain elevators are part of my early childhood memories. My first six years I lived on a cattle ranch. 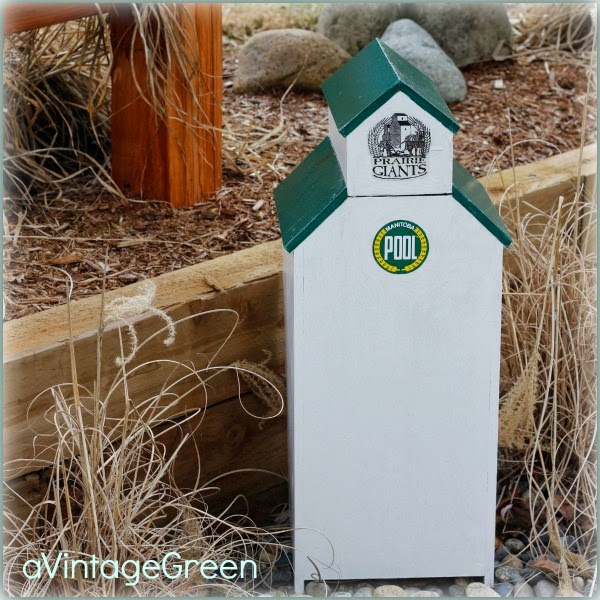 I found the Grain Elevator bird feeder last summer at a garage sale. It graced my front porch until early November.


Months of being outside weathered the paint. I scrubbed, painted with Simply White (CeCe Caldwell Chalk-Clay paint) then two clear coats of MinWax Polycrylic.

I emailed Dad and asked him if he would write about his experiences with Grain Elevators in the 1930/40/50's. (Dad is 93 1/2). Going with Dad when he hauled the wheat to the grain elevator is part of my early memory bank. The noise, the dust, the smells of engines, tall men talking. A child's memories. 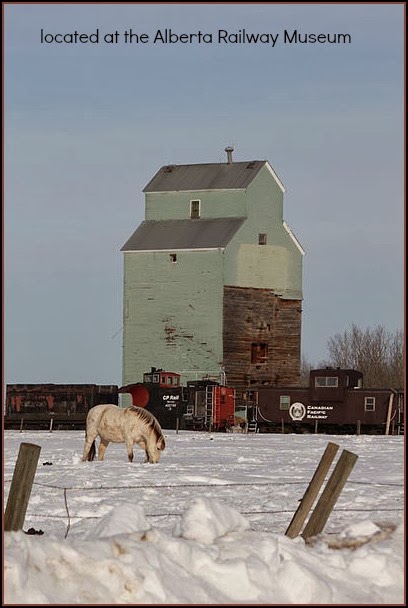 1906 Alberta Grain Co. grain elevator which was moved from Hobbema
"In 2002, ACRM added the second oldest standing grain elevator in Alberta to the collection. This elevator, built by Alberta Grain Company in 1906, will show our visitors how railways and elevators worked together to serve agriculture in Western Canada." 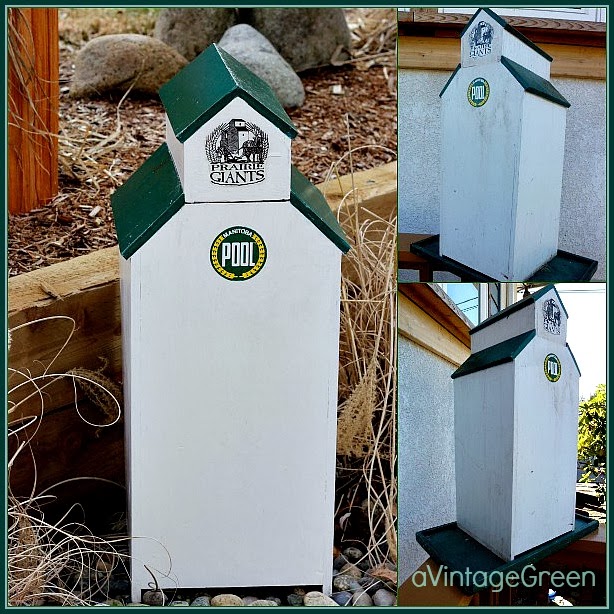 The two smaller pictures show the base tray.

The following was written by my Dad - a rancher until the mid 1950's and a rancher at heart forever.

In the early days in Western Canada, Grain Elevators became landmarks wherever there were railroads to transport Grain over long distances. They have largely become almost extinct with the imrovement of roads, the development of large trucks to transport grain and very large Concrete elevators for storage and transshipment. Various towns across the west have undertaken to rescue and restore some of these landmarks of history. I  began to haul grain into each of three of these facilities into and out of Endiang, Alberta and adjacent communities in 1936, when I was 16 years of age. In harvest time  I hauled grain from the threshing machine when our equipment did custom work for many neighbours over a period of about 30 days each fall. That often kept me driving hard and shovelling grain at top speed each load at the machine to keep ahead of the non stop stream into the wagon. 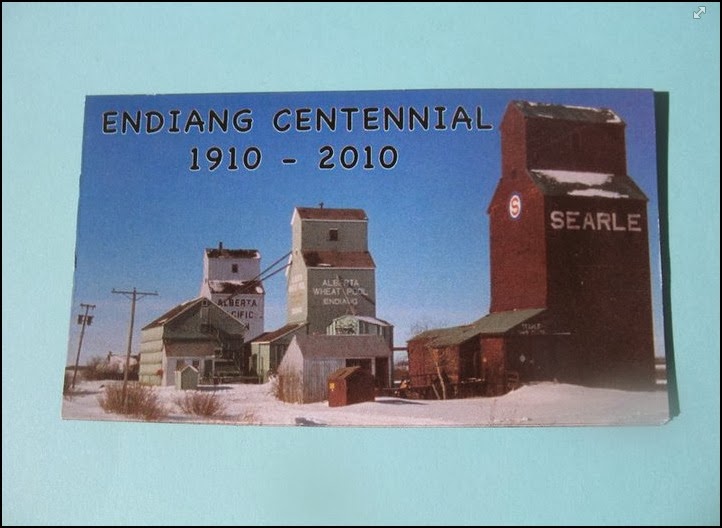 In Endiang  there were three elevators; The Alberta Wheat Pool, the Searle and the Alberta Pacific. I used the ones apropriate for the customers our neighbours patronized. When I drove up the ramp into the elevator, the Operator by hand motions guided me to the right position to enable the hydraulic lift to engage the front wheels and tip the truck to dump the load out of the small opening at the rear of the grain box. That grain was graded according to quality and lifted by endless belt and steel “cups”  to be transported to the top of the elevator, then to be dumped into the correct “bins” through pipes that could be swung into position by the operator below. The positioning of the Truck was such that the truck could be weighed when loaded and then when unloaded to determine how many bushels of grain had been brought and careful records were kept.

At the Ranch we too sold grain to those grain companies, but only our wheat.The barley and oats that we grew always went into granaries at home for feeding to our Livestock - cattle and horses. We normally fattened about 450 two year old steers each year for shipping to market in May or June. We also “wintered” our own young cattle from the previous two years of calves to grow them to maturity for marketing. Normally we had over a thousand head of cattle the year round. Dad bought cattle over our own cattle scales from neighbours for fattening. He also bought feed grain from neighbours at market price. All in all, I spent a lot of time and energy shovelling grain each year, up to 200,000 bushels most years. When I finally went to Calgary to join the R.C.A.F. in July 1940, Dad gave me a signed cheque with instructions to have a grain auger shipped home to be installed on the truck to replace me.

At the end of the War, having been married to Ruth in Calgary while still in uniform, we went back to the Ranch and into partnership with my eldest brother Wilfred.  I simply melded into Ranch life and back behind the wheel of the same truck, using the same “Scoop Shovels” and loading grain, but now with a loader to help me.

Thank you for writing your memories Dad. 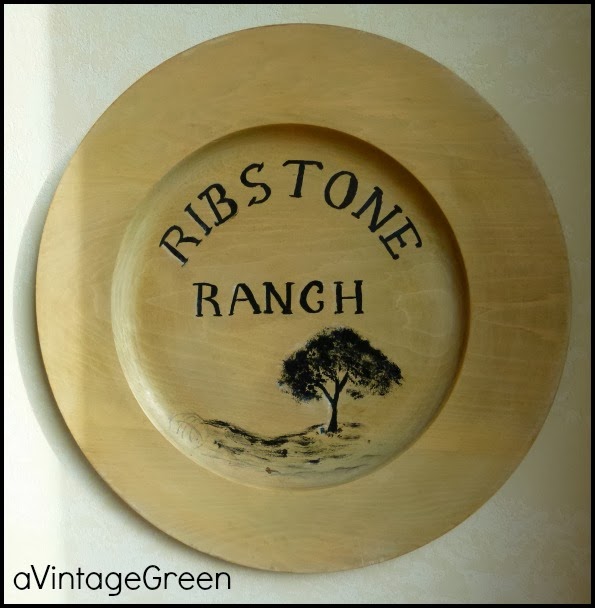 Thanks for visiting.
Posting again February 17th at 7 a.m.

Thursday
Revisionary Life, Colorado Lady, Rooted in Thyme, Made In A Day, Embracing Change, Saving 4 Six, From My Front Porch To Yours, Common Ground

Sunday
Nifty Thrifty Sunday, Twigg Studio, Sew Many Ways, Creating MyWay Success, Dwellings The Heart of Your Home
Posted by Joy@aVintageGreen at 7:00 AM