Found something different at a garage sale Sunday, a movie theatre poster (I think it is in its original frame). It had been used for wall decoration at the Keg in North Vancouver for 30 years and when it closed down some years ago one of the guys working there collected the wall art and brought it home. Frame is a bit battered but the print had not faded. SUNDAY is hand drawn and painted. 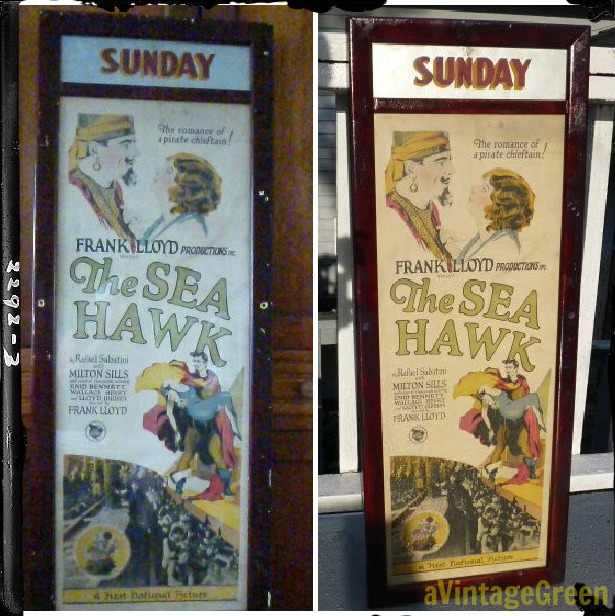 Frame was fairly marked up so I did some tweaking with mixing little paint pots along with some patching with plaster of paris and a bit of felt pen colouring in and then gave the frame a coat of minwax. I cleaned the glass, put a sturdy wire on the back and recovered the back with brown paper (see my mini tutorial on replacing back paper here). 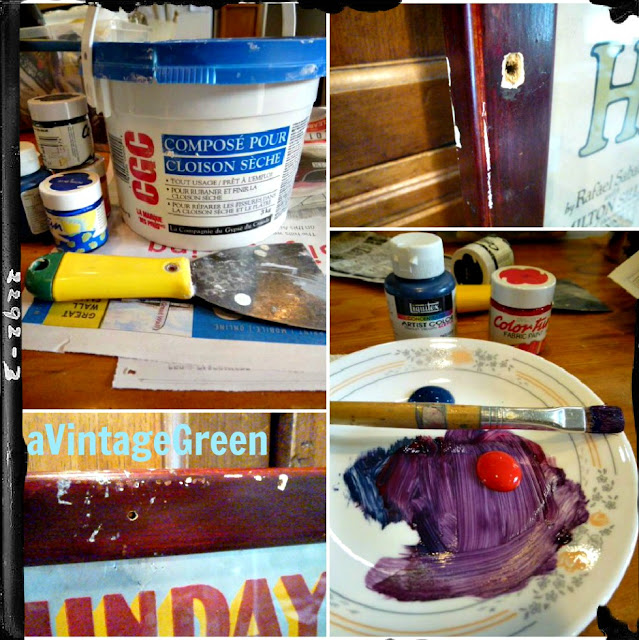 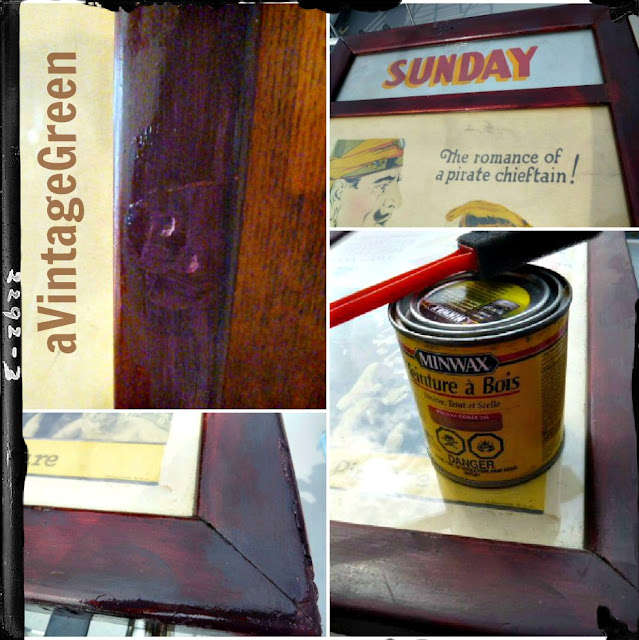 Tweaked. Still looks old and worn (because it is) but without all the holes.

Close up views - I think the poster colour is hand painted (hair, costumes). 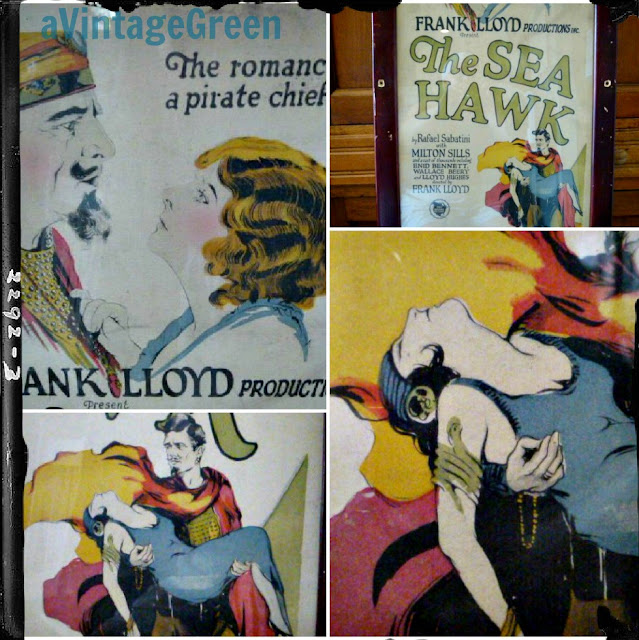 Close ups of a 'bad guy', the ship, the prisoners (hero included) and the soldiers. 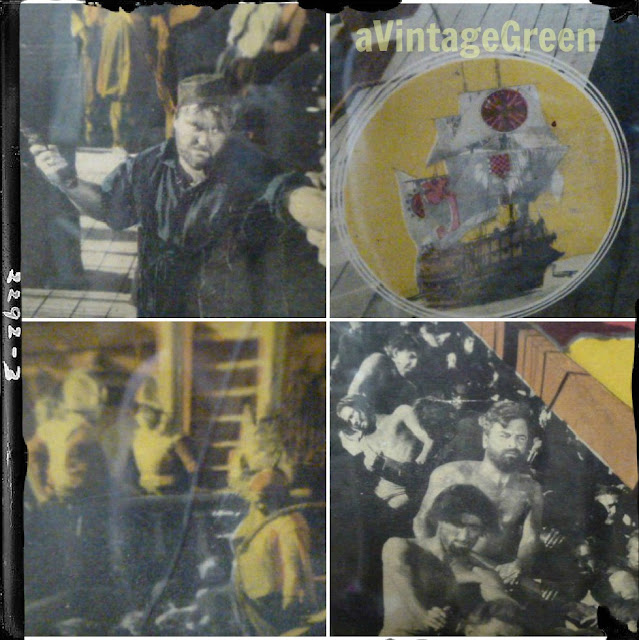 Below the frame (when the minwax was partially dry). 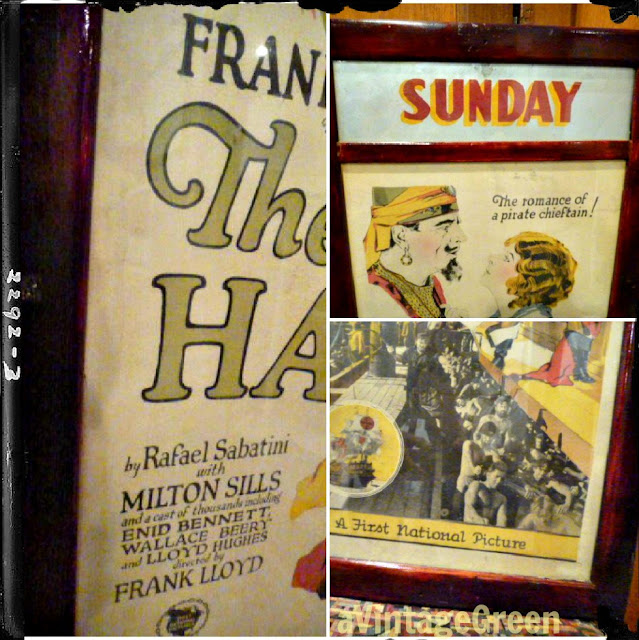 Just a bit of history - a silent movie. Checked online and found out that the ship used were full sized and were reused in many later movies because they were so well done. Story line - English noble wrongly accused of murder .. captured by pirates .. becomes pirate chieftain, saves life of girl he loved. His brother who was going to marry the girl is discovered to be the real murderer and is killed, hero marries his true love. 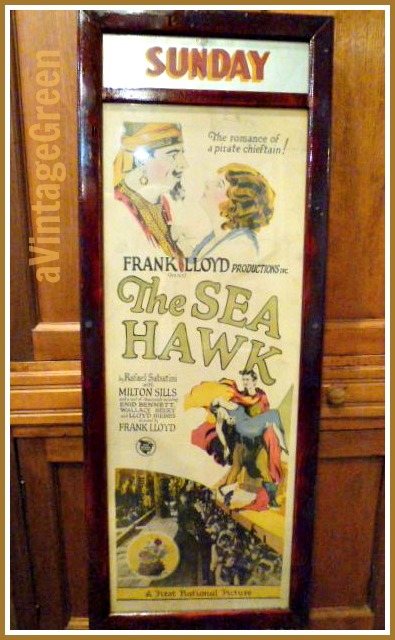