Who knew? I had certainly forgotten that NOTHING gets finished in two days when drywall and mud are involved. I went to the mall this morning and D and I removed a cabinet door with chisels and hammer (screws on hinges way beyond any other kind of removal). Before we could do that we had to remove ALL the china and glass shelves so we could push/shove/pull the heavy cabinet into enough space to do the work. At least now there are very clean shelves, easy access to the shelves and well ordered and dusted china. 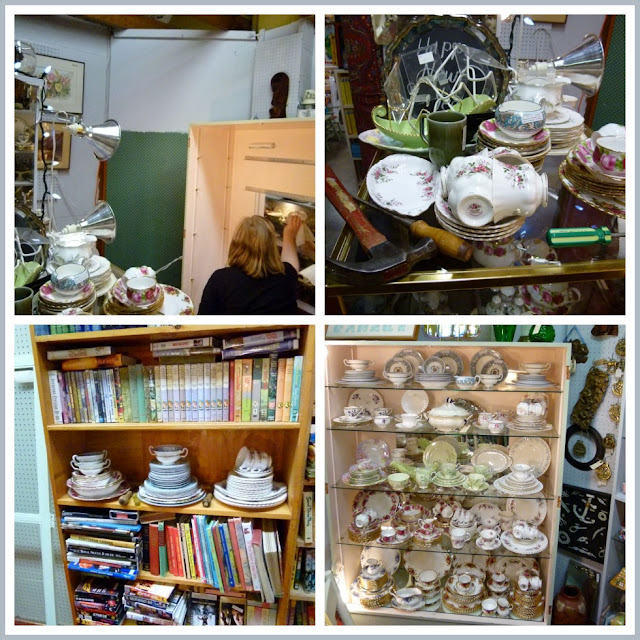 Back to the mudding. DH kindly build a bit of infrastructure so that the drywall screws would have some place to cling too. He put up the patch piece of drywall while I was away (thus no photos of that task). 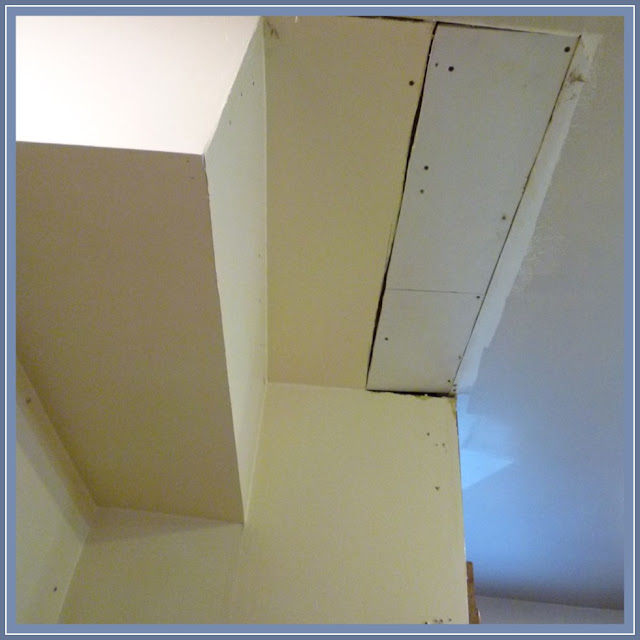 Another very kind job DH started/finished was demolishing the heavy cabinet (see yesterday's post). We are keeping the 'real wood' - an oak side and the doors and the rest will be taken to recycle/dump depending on if they take pressboard. 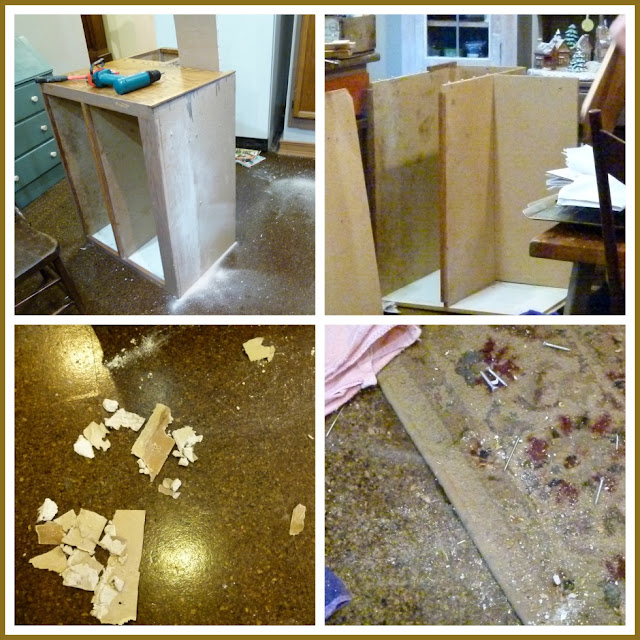 Below is a four layer peek at the past. I had forgotten about the wallpaper removal projects we had to do 31 years ago when we bought our home. The yellow paint, the pink paint and now the grey paint. History in one photo. 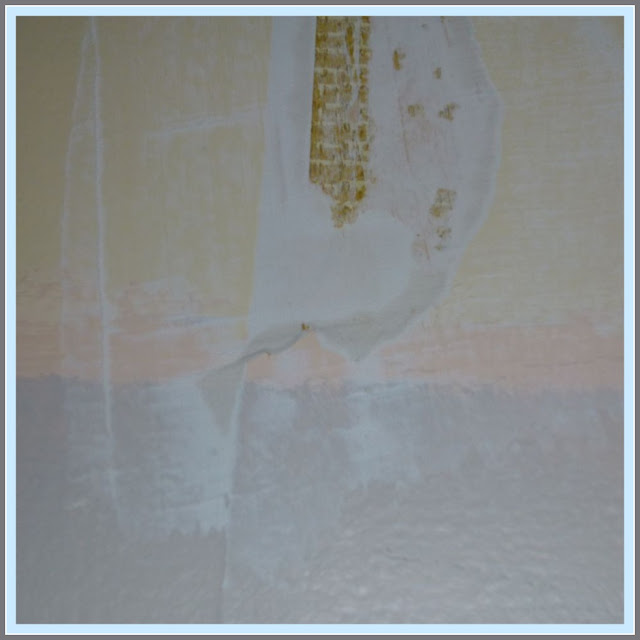 Now on to mudding. DH does the low, I do the high. It has to dry overnight -WHAT - I had forgotten that part, its been awhile since we had such wide cracks to patch. 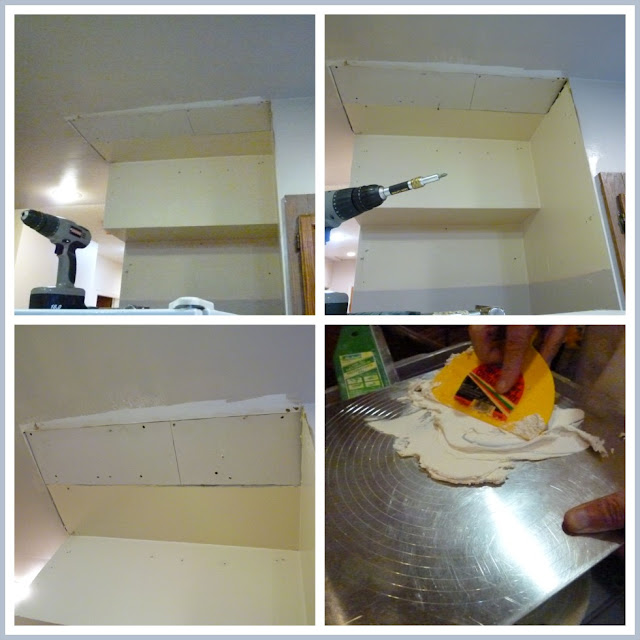 We didn't use tape, just lots of mud forced in to the cracks. Looks better (to me) already. I do not like holes in my ceiling! 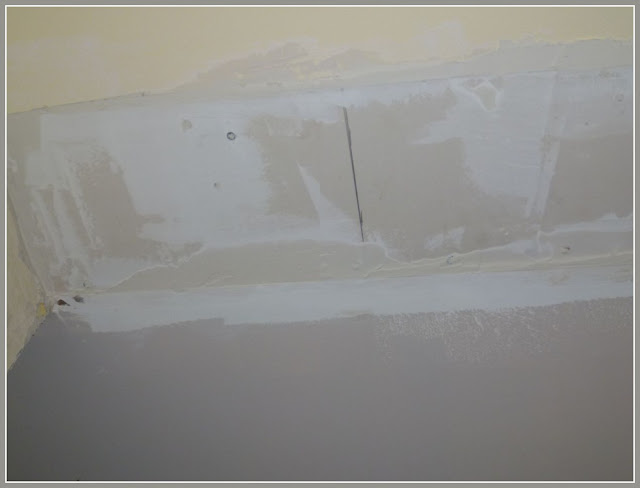 So tomorrow more mudding, new fridge goes in, old fridge goes downstairs, a lot of moving of stuff around to make enough space for that to happen. I think I'll move the furniture tonight (entry area), all heavy of course. 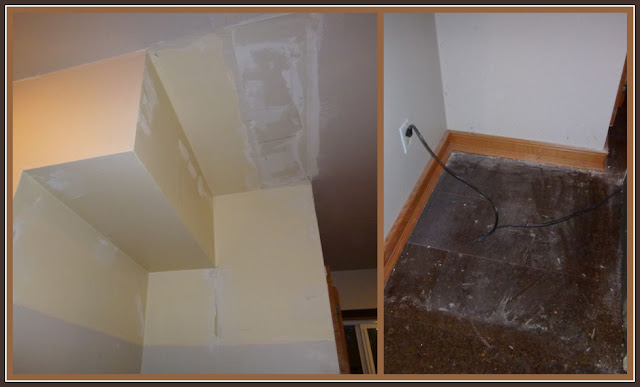 Obviously, more another day (hopefully January 2nd will show more progress).
Posted by Joy@aVintageGreen at 7:00 AM