Finds this weekend? Some were gentle and refined (another post obviously), some strong and forthright. I think the handled blue cast iron pump top fits in with the strong and the Langdale Creek sign with the forthright. They each had a bit of story attached to them.

The Canada Eh.Net had a clear writeup on the Langdale Creek Trail.

The sign I found had belonged to an old gentleman who had left a locker in a private home on the mainland where he had been boarding. After he died the owner claimed the contents in lieu of back rent. Most of the stuff was just ordinary daily living stuff, but this sign was a small treasure. 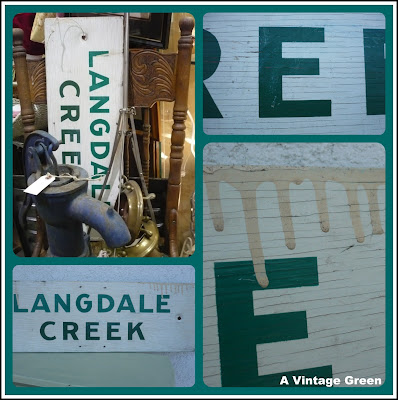 and the blue pump?
belonged to a kindly gentleman in his late 80's
who has been sharing his treasures
with a dear lady in her 70's (she has lots of garage sales).
His kids do not want
any of his 'stuff'.
It is the real deal.
Heavy. Strong. Blue. Worn. 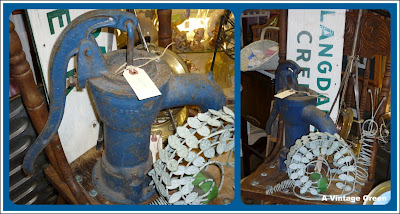